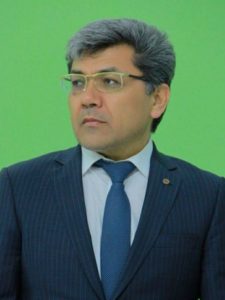 I read with interest the article of the political expert A. Rakhnamo. I have always respected A. Rakhnamo for his objective, sound, critical and rational ideas. I think that this time the author of the article publicly expressed ideas that should have been publicly expressed long ago, because in many cases we experts talked about the border problems of Tajikistan and Kyrgyzstan in general terms, without delving into the essence of the problem. The significance of the article lies in the fact that the ideas outlined in the article contribute to “the understanding by various sections of society of the essence of the issue, the reality of the position and interests of the Republic of Tajikistan”, to get acquainted with the vast territory that belonged to the Tajiks and, for various illegal reasons, turned out to be inhabited by the Kyrgyz. For me, these territories, i.e. the entire territory of the Batkent region is not “disputed lands”, they are primordially Tajik lands and we must not give up a single inch of the land of our ancestors. In the late 90s, I talked with an old man in the village of Kurgancha from Jabbor Rasulov district. He told me that you know the cities of Sulukta , Isfana , Andarakht and all adjacent territories are primordially Tajik lands, it is difficult to do, but these lands must be returned. The old man turned out to be right, today acute disputes have arisen precisely around these lands

As A. Rakhnamo writes, the essence of the dispute between the two countries is about the use of documents and legal acts. The author of the article is right when he claims that we should be guided by the documents of 1924-1927 and 1932, which Tajikistan focuses on, are the only necessary and legitimate in determining the state border between two neighboring states

However, as noted in the article, the Kyrgyz side presents as a basis a variety of acts of various periods concerning the exchange of land between farms for temporary use of land or the creation of organizations that have no legal basis.

One cannot but agree with the view that the practical necessity of Tajikistan’s persistence is based on the fact that most of the “disputed lands” in the use of Kyrgyzstan in the amount of 211,000 hectares have been leased over the past 90 years through acts such as interaction of ordinary citizens or local officials , exchange of land resources between collective farms and state farms, oral agreements between the leaders of jamoats , districts and regions, decisions of sectoral ministries and departments, land purchase and sale , protocols of joint commissions, official interdepartmental or interstate lease, etc. That is, these lands were assigned to the Kyrgyz at different levels by unauthorized individuals and legal entities. 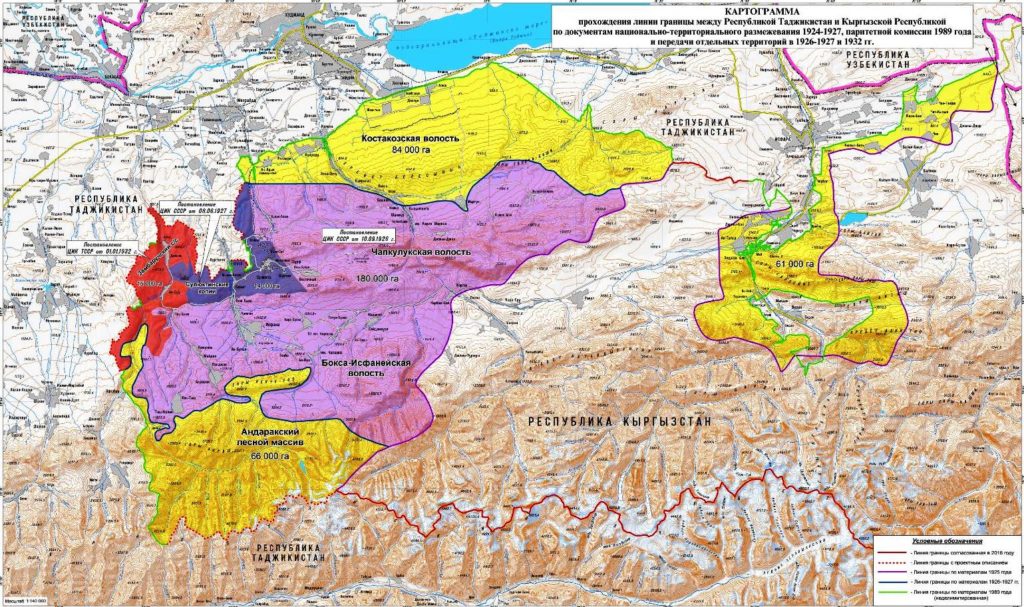 We agree with the opinion of the author of the article that although such materials are based on acts on land management, temporary use of land, none of them has the legal force of an interstate document. Therefore, it cannot be used as a basis for changing and defining boundaries.

We agree with the author’s opinion that the border disputes of Tajikistan and Kyrgyzstan should be resolved taking into account the constitutional provision, for the entire period of existence of Tajikistan and Kyrgyzstan only on the basis of documents on the national-territorial division of 1924-1927 and 1932 and having passed all the necessary procedures. And only these documents from a legal point of view can be used as defining the state border.

We share the opinion that one cannot refer to the creation of the CIS, because this agreement is not about dividing the border. The author rightly declares that this agreement was originally developed and signed by only three countries (Russia, Ukraine and Belarus), the composite protocol provided that, taking into account further changes, the countries that join them will develop documents regulating relations between countries in the future. various directions. This document, which provides for friendly and peaceful relations between the two countries, can serve as a basis, a suitable political justification for the peaceful resolution of the border dispute. As A. Rakhnamo points out, paragraph 5 of the Treaty, emphasizing “recognition and respect for each other’s territorial integrity,” requires Kyrgyzstan to recognize the territorial unity of Tajikistan within its borders and return the occupied lands to their rightful owner. However, these documents cannot serve as a basis for marking the border line on specific disputed sections of the border.

In modern conditions, the current situation requires every citizen of the Republic of Tatarstan to feel patriotism, national unity, love for the ancestral lands. The social significance of the article lies in the fact that now we have reliable information about the essence of disagreements, the causes of the conflict situation regarding interstate borders and the details of the position of the Republic of Tajikistan on this issue. The Kyrgyz side claims these lands on the basis of unrecognized documents. A. Rakhnamo, specifically on the basis of empirical materials, maps and other documents, proved the inconsistency of Kyrgyzstan’s claims to the so-called “disputed lands”

Professor of the Department of Social Science

Senior lecture of the Department of Foreign Languages