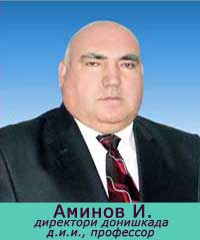 Dear Lecturers and Students!
The army is one of the main systems of the state, which is inextricably linked with the power of the country’s defense, the protection of the achievements of the republic’s independence, the development of the nation and the state.
Today we celebrate the 23rd anniversary of the National Army, and should appreciate the peace and harmony in the country that exist thanks to the efforts of the founder of the Peace – Leader of the Nation, the President of the Republic of Tajikistan Emomali Rahmon.
During the 23 years of its existence, the Army has shown itself as a defender of the state border, the achievements of our country’s independence and nation; it has been seen especially in the difficult years of the Civil War. The National army is a tribute to the trust of the Tajik people.
Dear Lecturers and Students! I congratulate on this wonderful day you and in your person all the courageous, brave and audacious young men of our country and I wish you the fruitful work in the implementation of educational activities, peace and tranquility in the house! With the 23rd of anniversary of the Tajik army! Be happy!