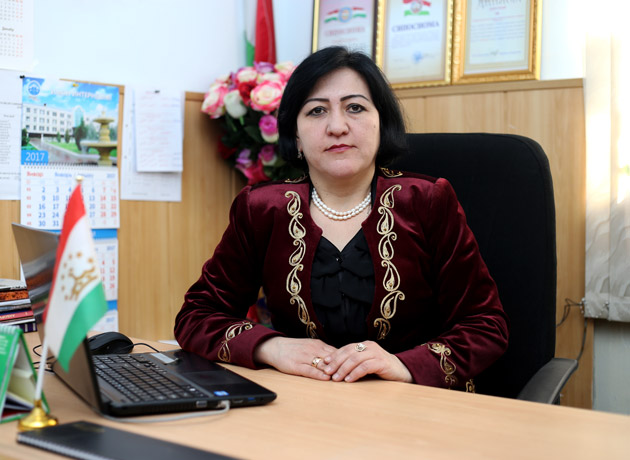 Since February 2018, she holds the post Head of the Department of Science and Innovation at the IET TSUC.

The Department of Science and Innovation was established in 2010.

The first head of the department of science and innovation was Usmonov Irmat Usmanovich.

In general, the department of science and innovation was managed by the following professors, who contributed to the development of the institute:

Field of activity of the department:

The department pays special attention to increase the degree of scientific potential of the Institute.

At the same time, by the initiative of IET TSUC, the Technological Park “Economy and Trade” was established, which was integrated into the Science Department. The technological park includes production departments, educational centers and computer technology training centers. Production departments include courses on sewing modern dresses, publication of educational programs and syllabuses, textbooks, monographs. Training centers include a center for entrepreneurs, centers for teaching foreign languages, training course “Finance and Business” and a center for staff development.

The center also offers short-term courses for the preparation of translators and specialists in the translation of scientific and legal documents.

List of candidate and doctoral dissertations for the period 2012-2018