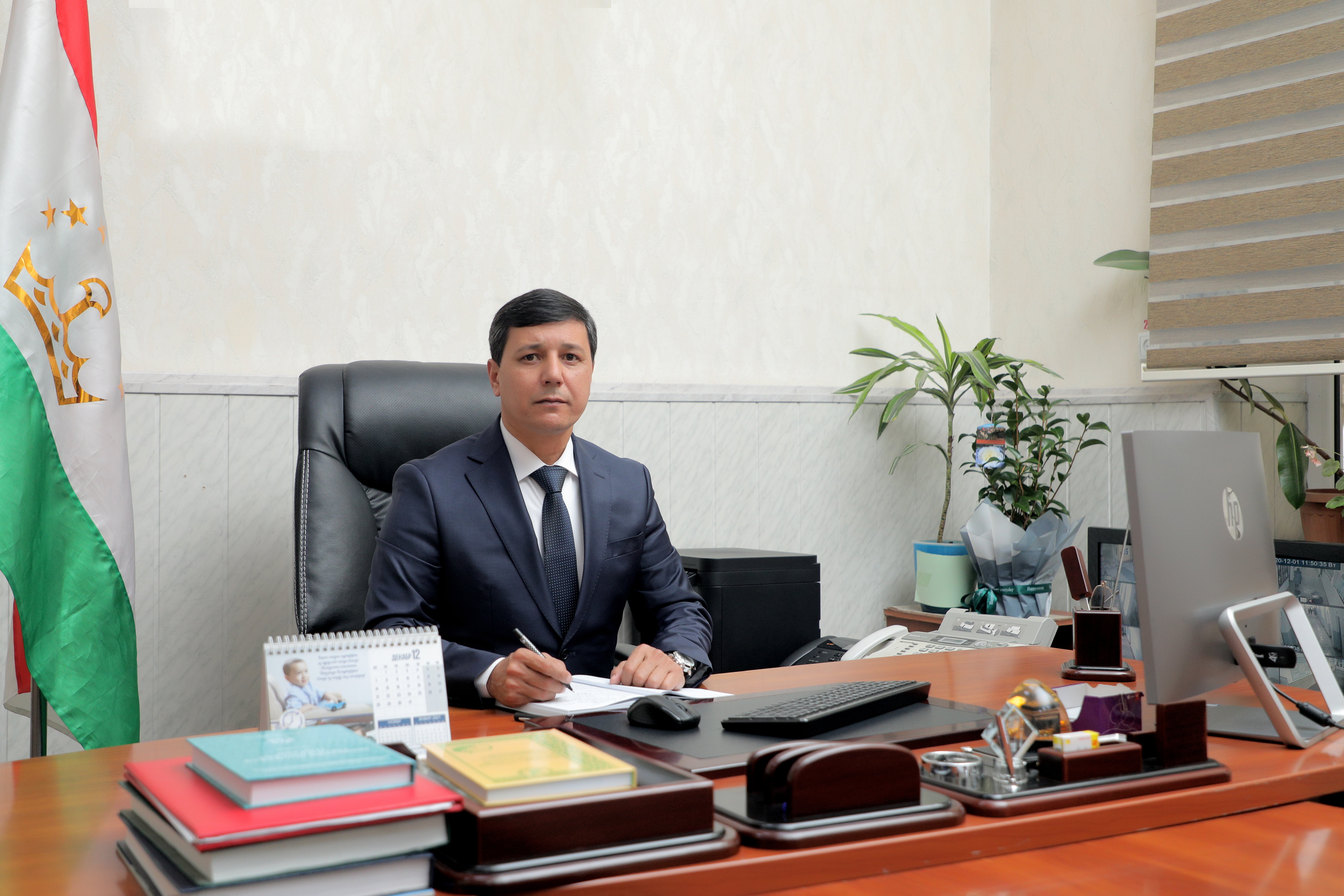 Hoshimzoda Homid Hasan was born on November 12, 1980, in Histevarz jamoat (formerly Kostakoz), B. Gafurov district, Sughd region in a working-class family. In 1987 he entered secondary school No. 40 in B. Gafurov district, and in 1997 graduated with honor and diligent behavior.
In 1997 Hoshimzoda H.H enrolled to the Unified Educational Complex of the Tajik State University of Commerce (by the recommendation of the school director) and in 2002 he graduated with honor from this institution with a degree in “Customs” and the qualification of “Customs manager”.
After graduating from this university, Hoshimzoda H.H. began his career in 2004 as an assistant at the Department of Commerce and Law of this institution. Then he began to work in other positions, including:
• 2008-2009 head of the educational department,
• 2009-2015 assistant director,
• 2015-2018 deputy director for educational affairs,
• 2018-2020 assistant professor at the Department of Commodity Science and Customs of the State Educational Institution “Institute of Economy and Trade of Tajik State University of Commerce in Khujand city”.
Hoshimzoda H.H. had a number of achievements in his professional path. Among them, he defended his Ph.D. dissertation on the topic “Formation of the organizational and economic foundations of regional customs regulation: on the materials of the Sughd region of the Republic of Tajikistan” in 2011, as a result, he was awarded the degree of candidate of economic sciences and after with the title of associate professor.
Hoshimzoda H.H. was honored with an Excellence in Education and Science of the Republic of Tajikistan, and also has a number of other certificates and awards for active participation in the implementation of the instructions and assignments of the Founder of Peace and National Unity – the Leader of the Nation, President of the Republic esteemed Emomali Rahmon and the Government of the Republic of Tajikistan, as well as for instructions of the Chairman of the region in the field of the education, dissemination of high spiritual values and upbringing of university students in the spirit of patriotism, deep self-awareness and with a sense of high responsibility and love for the Motherland.
Currently, he is a director of the State Educational Institution “Institute of Economy and Trade of Tajik State University of Commerce in Khujand city