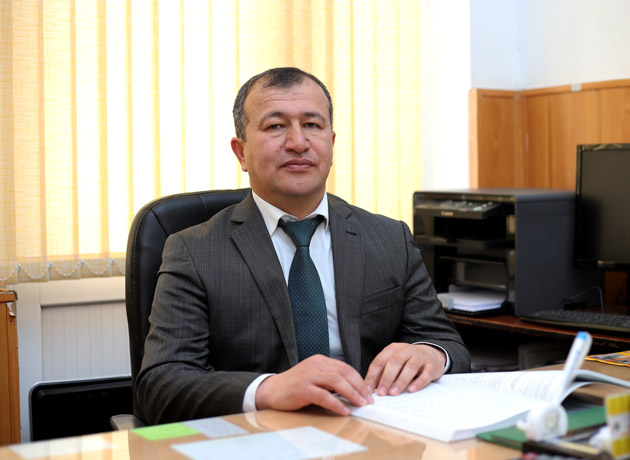 Since February 2018, the deputy director for the academic part of the IET is the candidate of economic sciences,  professor, Kayumov Abdugafur Abdushukurovich.

Social activities: since 2010 he is a member of the People’s Democratic Party of Tajikistan.