Skip to content
News:
Meeting with the Urgench branch of Tashkent University of Information Technologies named after Muhammad al-Khwarizmi
Completion of the Seminar within the UNICAC Project
Online mobility under WP3.7.2. «Multicultural and multidisciplinary professional»
Institute of Economy and Trade of Tajik State University of Commerce in Khujand > UNICAC News > Seminars in the framework of the project “Universities Cooperation Framework For Knowledge Transfer in Central Asia and China” (UNICAC) in Xi’an. 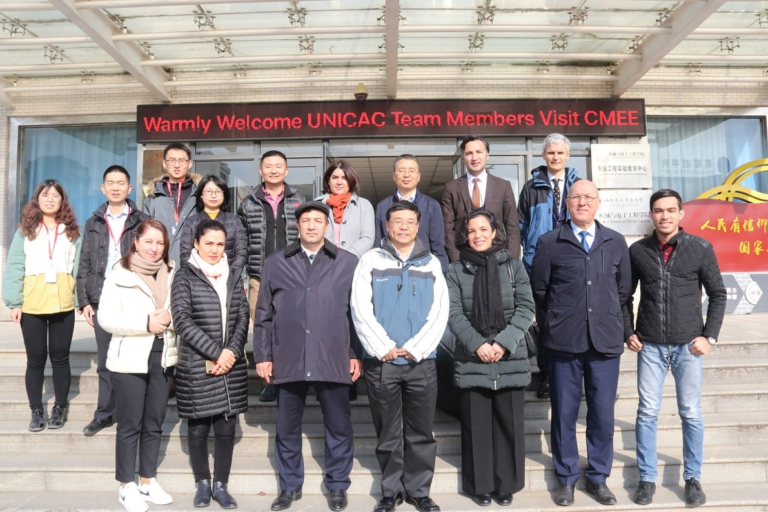 On 18th of December in 2019 the seminars were held on the different teams involved to internationalization of study. Cooperators of UNICAC Project the University of Savile, specialist of Bologna system Migel Adame and Inmaculada Vives were held on the topic of “What Strategies are Higher Education European Institutions Implementing?”. According to experts the Higher Education European Institutions pays special attention to the internationalization of the educational process and science. Then the representatives of the National University of Uzbekistan named after Mirzo Ulugbek spoke on “The situation of Higher Education in the Republic of Uzbekistan”. After then the representative of Khorog State University conducted a seminar on “Education and the system of evaluation of Higher Education in the Republic of Tajikistan”
On December 19-20, 2019 the seminars will continue, and during the chairmanship of the seminars organized by the IET TSUC in Khujand was laid. Open speech was given to director of the Institute Olimi R.L. Rauf Latifzoda informed about the international relations of the institute and named the priority areas of cooperation. He stressed the importance of the project of “Universities Cooperation Framework For Knowledge Transfer in Central Asia and China” (UNICAC), which gave a higher degree and noted that the Institute will provide on time and high-quality implementation of activities under this project. In the end Olimi R.L. expressed the readiness of IET TSUC to bilateral and multilateral cooperation in the field of education and science. 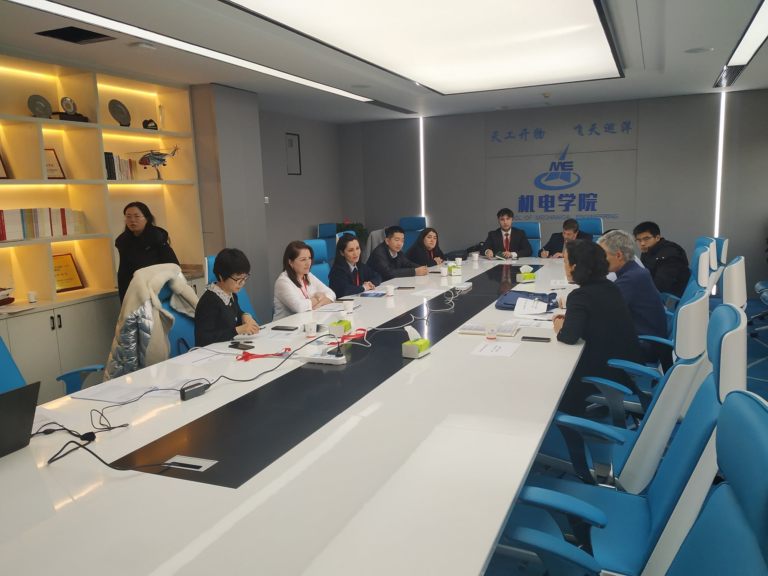 After, Dean of the Faculty of Mechanical-Engineer Mr. Shaojing Wang presented about the capacity of faculty science and the implementation activities of the projects. He also provided information about National Grant Programs that provide funding for science-research projects. After then the professor of the department of engineering Mr. Fengshin Fetion spoke about “Academic productivity of teachers and teaching methods on the example of Northwestern Agrarian and Forestry University of Yanling”.
During the break, all participants became familiar with the Northwestern Agrarian and Forestry University (the largest in terms of area in all of China, 880heg.), and learned the experience of establishing laboratories and technology parks, laboratories and mini-factories. During the seminar was held on the topic “Establishment of cooperation in the field of science and research”. I (Mukhtorov SS) made a presentation on “The state of science in the HEIs of the Republic of Tajikistan: opportunities and requirements”. All participants were given the history of the transition to the Bologna system, the transition to three-level education, as well as statistical data on the state of development of science and research. It was noted that education at the PhD level has been conducted in recent years, and the importance of the best practices of European universities for HEIs of the Republic of Tajikistan was noted. Also the priority of areas of science were mentioned. The scientific potential of the IET TSUC and the main areas of science at the institute were mentioned. Contact information of the Deputy Director for Science, Ph.D. Mirpochoev D.A. was distributed to all participants and the readiness of IET TSUC for cooperation on joint science-research projects was expressed.
The last day was a round table on “Higher education: the role of science and education to find prominent places in international ratings” with the participation of experts Miguel Adame, Inmaculada V, Olimi R.L., Mukhtorov S. and others. At the end of the round table we expressed the results of the project and conducted next planned saminars which will be held at IET TSUC in Khujand. After reviewing the project implementation plans certificates were given to all participants.