Skip to content
News:
HAPPENING NOW. UniCEN roundtable
The peculiarities of Tajik alphabet and sounds
Collaborative lessons under the UNICAC program
Institute of Economy and Trade of Tajik State University of Commerce in Khujand > Announcement > Outstanding achievements of the Institute

“It is a great honor that academic staff, students and employees of the Institute of Economy and Trade finished 2017 with significant achievements. This is the result of hard work of labor society, which has a significant impact on the work of scientists, professors and students of the IET TSUC. We are proud that Institute’s labor society is making every effort to achieve its main goals and to fulfill recommendations and instructions of the Founder of Peace and National Unity – the Leader of Nation, the President of the country, respected Emomali Rahmon. 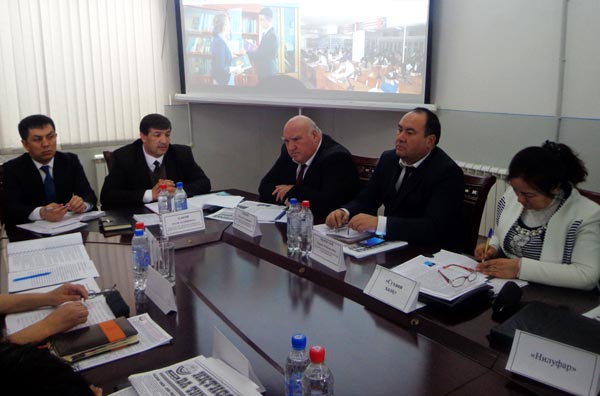 It should be noted that the annual Message of the Founder of the Nation, the President of the Republic of Tajikistan, the respected Emomali Rahmon for the Majlisi Oli, was thoroughly analyzed and carefully considered in all spheres of the national economy. Based on the instructions of the national leader, we may assume that Tajikistan has bright future, and we can make a positive contribution to the prosperity of our beloved country, “said Professor Olimi Rauf, Director of the Institute of Economy and Trade, expressed his opinion on the Institute’s achievements at the press conference. The State Educational Institution “Institute of Economy and Trade of the Tajik State University of Commerce in Khujand.” (IET TSUC) established by Tajikmatlubot Union in accordance with the Decree under No. 59 of the Government of the Republic of Tajikistan from February 12, 2010, licensed for the right to conduct educational activities.
The number of professors and lefcturers in the first year of 2017 – 2018 was 234 people. From the total number of academic staff, 91 professors have academic degrees (11 doctors and 80 candidates of science).
The management of the Institute prioritizes training of highly qualified personnel and scientists. The total number of students is 4783, 2342 of them full-time students and 2441 are part-time.
“Instructions of the Founder of Peace and National Unity – the Leader of Nation, the President of the country, respected Emomali Rahmon about creating groups with English language of instruction, found their solution. Currently, the institute has 15 groups, in which all disciplines are taught in English (economics, law, mathematics, social sciences etc.). Qualified professors (economists, lawyers, scientists and sociologists) conduct their classes in English. In particular, lecturers from the USA Terence Drew, Vanessa Beari, Rebeca Wheeler, Sharon Saturns, Marcel Minutolo and Jia Xiaoyu from the People’s Republic of China taught in these groups “, said the director of the institute Olimi Rauf Latifzoda. 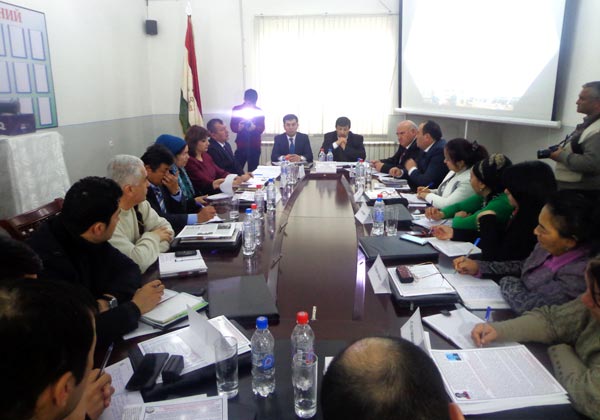 The Institute is a member of international program ERASMUS MUNDUS, FULBRIGHT and TARGET II and has cooperation with more than 60 universities in Europe, USA, Asia and the CIS. Through these programs, lecturers and students have the opportunity to study in foreign countries, improve their skills and experience (in Germany, Italy, Spain, Hungary, United States). A group of international experts from France, Spain, Kazakhstan and Kyrgyzstan highly estimated the level of specialists’ training in the Institute of Economy and Trade, and confirmed the Institute’s compliance with the quality of international accreditation.
Material and technical base of the Institute is at high level. The computer class is equipped with 50 modern PCs. The Institute has three computer libraries equipped with 15 computers, earphones, etc. More than 100,000 books are available in the library. Institute’s electronic library contains 30 modern computers, more than 50,000 books and teaching materials are in electronic form. 25 classrooms are equipped with interactive electronic boards; all departments are equipped with projectors and laptops.

At IET TSUC each student has the opportunity to study foreign languages at a high level. The Center of Foreign Languages has all necessary conditions. It’s equipped with 20 modern computers and electronic board. It offers English, Russian, German, Arabic and Chinese language courses. Chinese language is taught by student – Rukhshona Rustamzoda and professor from the People’s Republic of China – Yang Xiaoyu.
Courses on Business plan, 1C accounting, Modern computer technology, Finance and Pricing are organized in Business Training Center.
There is a modern sports ground designed for volleyball, mini-football, basketball, tennis and other sports. For teachers and students, a Fitness Center was opened, which disposes 14 coaches, four tables for tennis and other sports equipment.
The automated network of administration and education quality control is one of the best networks between universities of the country, which provides electronic circulation of documents. This website contains information about each student (personal page, results of entrance exams, participation in classes, current scores, etc.). Professors upload syllabuses, tests and other training materials into the network and regularly fill out electronic journals.
IET TSUC to ensure a high level of education quality and knowledge of students, each year organizes participation of students in national competitions and Olympiads. Over the past three years, the Institute has been in top three in the republican contest “Student and Scientific & Technical Progress” among the higher educational institutions of the republic.
Annually, students participate in the Olympiad “Cup of the Academy of Sciences of the Republic of Tajikistan” and Olympiads organized by the Ministry of Education and Science of the Republic of Tajikistan. Students that take leading places in Olympiads, have an opportunity to study on a full tuition scholarship. Each year, students who study “excellently” are rewarded with a scholarship of the chairman of Sughd region, chairman of Tajikmatlubot union, chairmen of cities and districts, director of the institute, and external and internal grants of the country. This year, 12 students and 7 undergraduates and post-graduate students were awarded scholarships of the chairman of Sughd region.
Institute’s team “ENACTUS” won numerous international and national competitions on entrepreneurship. In 2011, flag of the Republic of Tajikistan was raised at international tournament in Malaysia. In 2013, the winner of the Republican tournament won the qualifying round of the World Cup in Mexico City – Mexico, and the most influential UN organization in New York, USA.
In 2016, team “ENACTUS” won the national contest to partake in World Cup in Canada. In 2017, the team took a leading position and took part in World Cup held in London, protecting the honor of Tajikistan in the international arena. 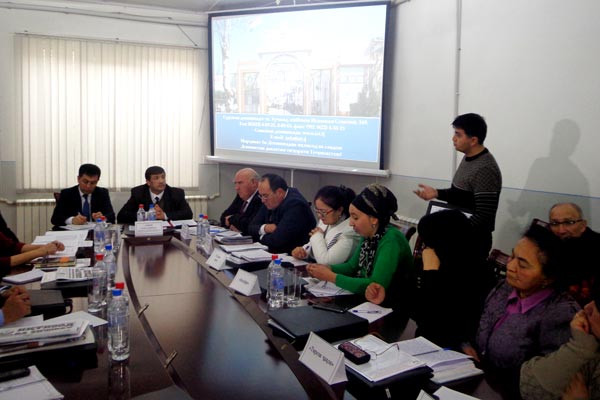 Educational and technological park “Sewing modern dresses” was introduced at the institute, where sewing workshop is taught. Based on the order of client, modern clothes and school uniforms are sewed, meeting all the requirements. Also, the technology park “Medicinal herbs of Sughd region” and “Finance and business” function at the institute.
The press conference was attended by more than 20 media representatives and they could ask questions about the future professional activities of graduates, distance learning, linguistic status, benefits for students, studying in the magistracy, studying state language, plans for the year of development tourism and folk crafts, about cooperation with higher educational institutions of the Republic of Uzbekistan and received detailed answers.
At the end of the press conference, Director of the Institute expressed his gratitude to all participants, as well as media representatives for presenting Institute’s achievements.